Too important to test the game By The user, so today, all related cheats codes are shared. Pokemon FireRed is the original Pokemon red game for Game Boy, which has been reissued from the game. The Fire Red Journey is easy to complete by receiving unlimited money, master codes, balls, rare candies, etc. The Gameshark codes can only be applied for Pokemon Fire Red (US) versions, as the unique codes of each Pokemon. About the hack (Updated: ): This hack is for Pokemon FireRed (English) rom. This is a complete, fan-made, free-to-play. Hack which will provide the pokemon fans, a brand new pokemon.

Hack of: Pokémon Red (US)

Description:
This is a hack created using the pokered disassembly from the users at Skeetendo.

The goal for this hack is to serve as an updated version of Pokémon Red. It aims to eventually fix most (if not all) of the most glaring oddities of Gen 1, and include many new features and gameplay elements that we have become accustomed to over the years. The story itself is still the same as Gen 1, though there are new locations and small changes to events here and there to freshen things up while still keeping it mostly true to the original Gen 1 story.

Completed Features:
A Feature list can be found here.
This list is up-to-date with the current build on Github. 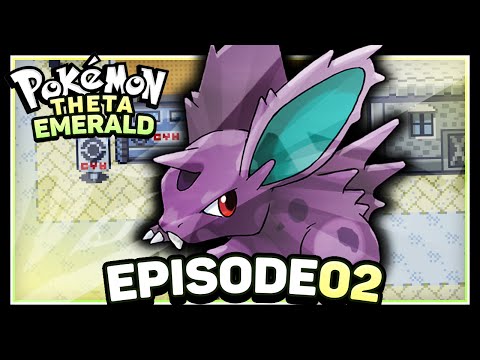 * Gender selection (Red or Green)
* Full Color, like Gen 2
* Optional Snowy Version, reminiscent of Pokémon Christmas
* Crystal's audio engine, and new songs for the new areas
* 'Normal' version and 'Hard' version. Different level curve, trainer teams, and AI
* New 'Smart AI', used by Boss trainers in Normal Patch, and all trainers in Hard Patch
* A lot of bugs/oddities from Gen 1 have been fixed
* Decapitalized text
* Inifinite-Use TMs
* Expanded item storage space
* A few new areas added to Kanto, such as Faraway Island
* Running shoes, faster Surf speed, faster bike
* Physical/Special/Status split from Gen IV+
* Animated EXP Bar in battle
* Pokéball icon in wild battles to indicate a Pokémon species has been caught before
* Pokémon have genders (same ratios as canon games)
* Shiny Pokemon
* Breeding at the Day Care (currently with the Day Care Man's Ditto)
* Dark, Steel, & Fairy types
* All later-gen evolutions and baby versions of the original 151 included, plus some others
* New evolution methods added for the new Pokémon
* All Pokémon obtainable without having to trade
* Several attacks from the newer games added
* Almost all attacks updated to their Gen 6 effect, power, etc.
* Type strength/weakness table updated to Gen 6
* Completely updated move pools for all Pokémon, based on XY/ORAS (but not exact)
* New trainer classes added that were missing from Gen 1
* Trainers have unique names, such as 'LASS CONNIE' instead of simply 'LASS'
* Offline clone of Wonder Trade, available in every PokéCenter once you have a PokéDex
* Gen 6 style EXP Gain and EXP Share (Not given at the start of the game)
* BW2 Repel System
* Chain Fishing for Shinies
* Pack holds 30 items instead of 20
* HM Moves usable without having to go into the party menu
* Headbutt usable on the overworld, like in GSC and HGSS
* Flash is now a TM instead of an HM
* Item descriptions in Pack and Mart menus
* Berry Trees, working off a step counter
* Some trainers may have Shiny Pokémon, or stronger Pokémon than others in that class
* In-Game Trade Pokémon have unique OT Names, not just 'TRAINER'
* Move Deleter
* Move Relearner
* Move Tutors
* More

Bugfixes from Vanilla Red
Fixes include, but aren't necessarily limited to:

* Frozen Pokémon have a chance to thaw on their own
* Waking up does not waste your entire turn
* Focus Energy actually increases Crit chance as intended
* Critical Hit code ported from Crystal, they are no longer based on Speed at all
* Removed Missingno glitch
* NPC does not make impossible claims about Raichu evolving
* Counter can hit any Physical attack, not any Normal or Fighting attack
* Fixed-Damage moves like Dragon Rage no longer ignore type immunity
* Swift can no longer hit during the 'invulnerable' turn of Fly or Dig
* No more 'Gen 1 Missing' with 100% Accuracy attacks
* Pokémon do not skip learning a move if they gained enough EXP to skip over that level
* Pokémon can learn more than one move per level-up if they are supposed to
* Old Rod can catch more than just Magikarp
* Item evolutions should not accidentally happen via level-up
* Struggle is now ???-Type instead of Normal-Type, so nothing is immune to it
* Player turns to face enemy trainers, like in every game that isn't Red or FireRed
* Fainting a Pokémon or breaking a Substitute doesn't stop Hyper Beam from needing to recharge
* Breaking a Substitute doesn't stop Selfdestruct/Explosion from fainting the user
* Dual-Type Pokemon no longer incorrectly show 'Super Effective' or 'Not Very Effective' when hit by a move that is strong against one of their types and weak against the other.
* Fixed some issues with Bide damage calculation.
* Sleep moves don't ignore accuracy or overwrite other status conditions if the opponent needs to recharge.
* Fixed Psywave desync glitch from link battles (still more link battle fixes needed).
* Healing moves no longer fail on 255 or 511 HP.
* You are no longer permanently invulverable if you hurt yourself in confusion or are fully paralyzed during the turn when you should use Fly or Dig.
* Fixed a stat overflow bug in Reflect/Lightscreen.
* Rest now gets rid of bad poison.
* Defense cannot become 0 after stat scaling.
* Mirror Move + Partial trapping move desync glitch fixed (still more link battle fixes needed).
* Substitute no longer kills the user if they have exactly 25% HP.
* Fixed an obscure move selection glitch involving Disable and Strugge.
* Fixed sprites loading incorrectly if you looked at a Pokemon's stats while the opponent is Minimized or behind a Substitute.
* More

Upcoming Features
This list is not a guarantee, but these are some planned and hopeful features (in no particular order).

* Miksy91 (Teaching me ASM)
* Dabomstew (Original 'Smart AI' routine)
* Danny-E33 (Help/Support, Gen 2 graphics patch base)
* ShantyTown (Help/Support, shiny Pokémon, a few other routines)
* Cartmic (Help/Support over the years, finding ways to restore my interest in Gen 1 hacking)
* IIMarckus, Kanzure, comet, Danny-E33, and all the other contributors to the pokered disassembly project
* Sanqui ('Trainers are not Pokemon' and other stuff)
* Yenatch (Original Proof-of-concept code for using HMs in the field)

Banners:
Can be added to your signature if you want to link back here!
Fan Banner made by Tokenslot.

Known Bugs
* This game is not playable in normal VBA. It does however work fine in VBA-M, BGB, Gambatte, and just about everything else.
* Some leftover oddities from vanilla Gen 1 still remain, I'll get to them eventually.
* Headbutting trees does not have an animation yet.
* Some of the new moves do not have the proper side effect.
* Some shiny Pokemon have the wrong palette for now.

Not A Bug
* Since people keep thinking this is a bug, I wanted to point out that all Pokémon who participate in battle receive the 'full' amount instead of it being split between them. This is how it works in Gen 6, and was absolutely an intentional change.

Downloads:
* All IPS patches can be found here.

If you are upgrading, apply the patch to a clean Red Version rom, NOT the old version you were already playing!
Please save inside a Pokémon Center before upgrading for best results.

You can keep track of the ongoing v4 update here.
https://github.com/TheFakeMateo/RedPlusPlus

And you can see information about/compile your own copy of v3 here.
https://github.com/TheFakeMateo/rpp-backup

The copy on github is updated regularly.

After finishing Ruby and Sapphire, Game Freak realized that not every Pokemon could be captured in the game anymore since these were no longer compatible with the previous two generations. And so from that came FireRed and LeafGreen, faithful and complete remakes of the original Red/Blue/Green versions. Because these games were remade from scratch on the GBA games’ engine, nearly every single bug the original had was fixed up and the visuals get a very noticeable update. There are also the added features of the past two generations of Pokemon which means hold items, running, new moves and movesets (in exchange for the existing TMs, tutors around the region teach you some moves from the originals), female protagonist choice, all that stuff. The game was also noticeably changed to be easier in some ways (for example you can catch a Mankey before Brock and Charmander can learn Metal Claw, making him a breeze with any starter). There is the addition of the Sevii Islands; a set of new areas for both towards the end and at postgame that enable Pokemon from the Johto region to be captured. This is also the first game to include the VS Seeker, a key item that allows you to challenge almost every minor trainer in the game again.

It’s not all shiny and cool however; though FR/LG are major improvements Game Freak had a weird notion of what in this game should be updated and what shouldn’t. A boatload of all-but-needless tutorial functions were put in these remakes, and there are some odd regressions from previous installments like the trainer not turning to face an opponent when challenged, newer evolutions being completely barred until postgame, censoring of Gamblers to Gamers, and no internal clock (meaning no berry growing, though you can find these as hidden items in darker patches of grass or trade them over from another game).

However these flaws are all minor, FR/LG is a straight and complete upgrade from the originals in almost every way.