An official Halo 2: Anniversary Original Soundtrack was released alongside The Master Chief Collection on November 11, 2014. The soundtrack is available as a double CD, digital download, and a limited edition vinyl record. Every sound effect from the original Halo 2 has been redone, including weapons, vehicles and ambient sounds. The Halo 4 Original Soundtrack is the official soundtrack to the first-person shooter video game Halo 4, developed by 343 Industries and published by Microsoft Studios. British record producer Neil Davidge was Halo 4 ' s main composer and producer.

The Halo Original Soundtrack is a soundtrack for the video gameHalo: Combat Evolved. Composed and produced by Martin O'Donnell and Michael Salvatori for Bungie, the soundtrack was released on June 11, 2002. Most of the music from Halo: Combat Evolved is present on the CD, although some songs have been remixed by O'Donnell in medley form for 'more enjoyable' listening. The first piece O'Donnell wrote, known as 'Halo', became the basis for Halo's 'signature sound' which has been heard in the other games of the main trilogy.

As the audio director for Bungie, Martin O'Donnell was tasked with writing the music for Halo: Combat Evolved.[1] He had scored previous Bungie projects, including Myth: The Fallen Lords, while working for his audio company, TotalAudio, along with Michael Salvatori.[1][2] O'Donnell was nervous about the project, saying he approached it, 'with fear and trepidation'.[1] O'Donnell stated his main influences were music he liked—'a little Samuel Barber meets Giorgio Moroder'.[1] Bungie's Director of cinematics, Joseph Staten told O'Donnell, 'the music should give a feeling of importance, weight, and sense of the 'ancient' to the visuals of Halo'.[1]

O'Donnell's first piece of music, 'Halo', which would become 'the signature theme for Halo', was written and recorded in three days.[1] O'Donnell convinced Alex Seropian to allow him to produce an original piece of music for the game's 1999 Macworld Conference & Expo demonstration. He drew inspiration for the theme from The Beatles' 'Yesterday'.[3] O'Donnell recruited Salvatori and three other colleagues he had recorded jingles with—Robert Bowker, Jeffrey Morrow, and Rob Trow—to produce the 'chanting monks' that open the piece. Originally, he had intended the Qawwali accents to be sung by one of the professionals, but after singing an example of what he wanted, the others suggested using O'Donnell's own rendition instead.[1] The theme premiered at the 1999 Macworld Conference & Expo.[1]

The remaining themes were written, recorded, and produced throughout 2001.[1] The music was written with a variety of equipment including, 'keyboards, synths, and samplers as well as digital recording equipment controlled by computers'.[1] Live instrumentations, from members of the Chicago Symphony and Chicago Lyric Opera Orchestra, were added where needed.[1][4] The soundtrack features a wide range of sounds, O'Donnell described it as, 'Gregorian chant, string orchestra, percussion and just a bit of a 'Qawwali voice'.[1] Working closely with level designers, O'Donnell divided the music 'into chunks'. Based on these 'chunks', '[Halo's] audio engine could play [the music] back dynamically based on the player's actions'.[1] For the soundtrack release, O'Donnell rearranged the music featured in the game in order to make listening to the soundtrack 'more enjoyable'.[5]

Bungie had previously released soundtracks for their games due to fan request, but Microsoft was hesitant to commit to producing a soundtrack for Halo; at the time most video games did not get a commercial soundtrack release. The publisher finally relented after pressure from O'Donnell and the outside solicitation of musician Nile Rodgers.[6]

Reception of the soundtrack was generally positive from critics. IGN praised the soundtrack for its wide use of instruments stating, 'Where other videogame scores tend to miss their mark when combining electronic and organic elements, O'Donnell and Salvatori seem to have found a rather stable balance between the two divergent sounds.' Adding, overall, the soundtrack is 'one of the better videogame oriented musical experiences out there' and playing the game is not required to find enjoyment within the score.[7] Reviewing for Monsters At Play, Michael Johnson called the soundtrack '66 minutes of orchestral goodness' citing the wide range of music covered as a strong point.[8] Nuketown gave the soundtrack 9 out of 10, stating, 'the soundtrack is a welcome and invigorating reminder of good times had blasting unstoppable alien hordes'.[9] The release went on to sell over 40,000 copies.[10]

All music was written and composed by Martin O'Donnell and Michael Salvatori.[5]

All information is taken from the CD credits.[5] 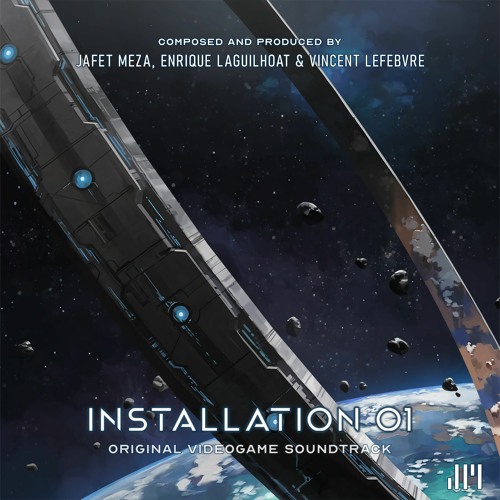